Dr. Dakota Hutchinson grew up in the Ligonier Valley, where he went on to graduate from The Ohio State University, class of 2018.  Dr. Hutchinson is no stranger to Loyalhanna Veterinary Clinic; he began shadowing in high school and continued throughout college when he was home on breaks.  In July 2021, he joined the team at Loyalhanna, bringing a young, fun vibe to the clinic.  Outside of work he likes to spend time with his fiancé Alyssa, his brother, and his parents.  Dr. Hutchinson has a rescued English Bulldog named Aurora and a cat named Sansa.  He enjoys hiking, playing guitar, and going to watch Pittsburgh and Ohio State sporting events.  In the winter he enjoys cross-country skiing.  His work interests include neurology, behavior, and pocket pets.  Dr. Hutchinson always knew he would be a veterinarian. 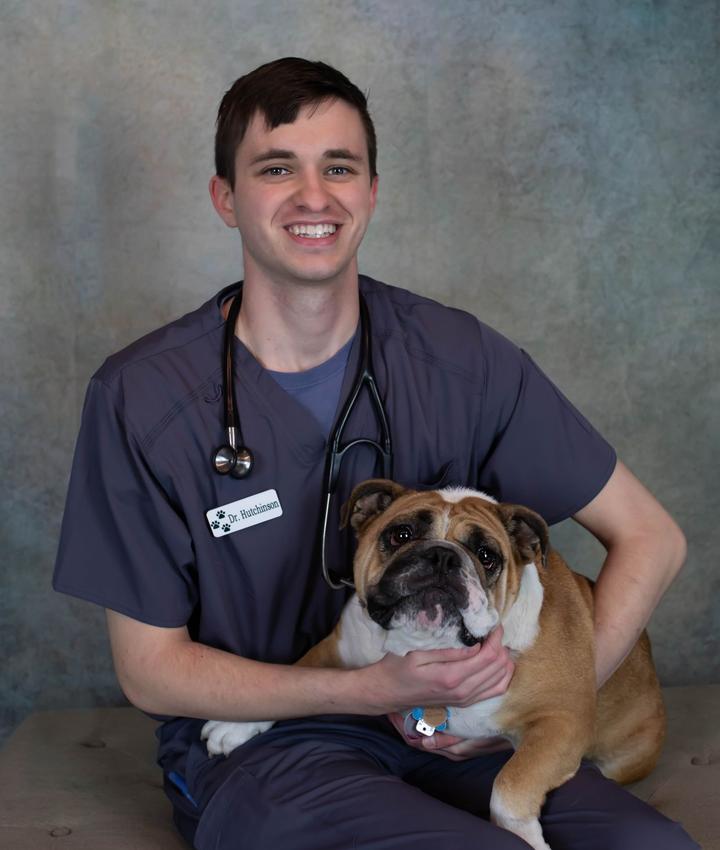